The company’s insufflation and healthcare safety technologies will be featured at several trade shows across the country through the end of the year.

[Oceanside, CA – September 16, 2022] Palliare, a leading developer of surgical suite insufflation and healthcare safety solutions, will be exhibiting at several trade shows and conferences in the coming months to highlight its multiple products. The company’s state-of-the-art technologies are designed to improve safety for healthcare workers while improving outcomes for patients.

The company’s premier offering, the EVA15 Insufflator, is one of the top insufflation products on the market. EVA15 continuously monitors and maintains CO2 pressures while automatically compensating for leaks, device or camera changes, suctioning, and/or smoke evacuation. The insufflator maintains proper visibility for the physician throughout the case using pedal-operated controls and proprietary tube sets. EVA15 can be used for laparoscopic, endoluminal, endoscopic, colorectal, and robotic surgeries. Additionally, EVA15 has one of the smallest overall dimensions of insufflators on the market, which ensures maximum performance while using minimal space within the procedural room or surgical suite.

Palliare’s EndoTrap device is designed to improve staff safety by reducing exposure to airborne particles during upper endoscopy and bronchoscopy. A protective barrier is created around the patient’s nose, mouth, and endoscope using a single-port anesthesia mask and viral filter, along with the EndoTrap, which consists of a T-piece, a valve, and a protective sleeve. EndoTrap is intended to be used during high-risk bronchoscopy and upper GI endoscopy procedures.

Palliare is a privately funded company, founded in 2018 as a spin-out from gastrodiagnostic company Crospon, which was acquired by Medtronic (NYSE:MDT) in 2017, and has offices in Oceanside, California, and Galway, Ireland.

We're not around right now. But you can send us an email and we'll get back to you, asap. 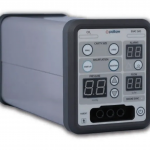